Hindu Population in the UK

Figures according to the office for national statistics- 2018 Census, there are around 991,494 who identify themselves as Hindus in the United Kingdom. This accounts for around 2% of the total population of the UK. This demographics of this population includes people born abroad who are now residing or naturalised here, and those who are now born in the UK – in some families, this could be the third or even the fourth generation. 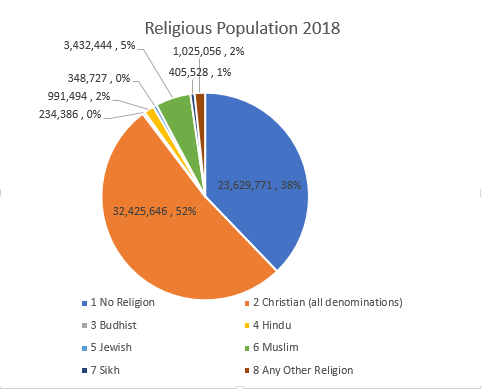