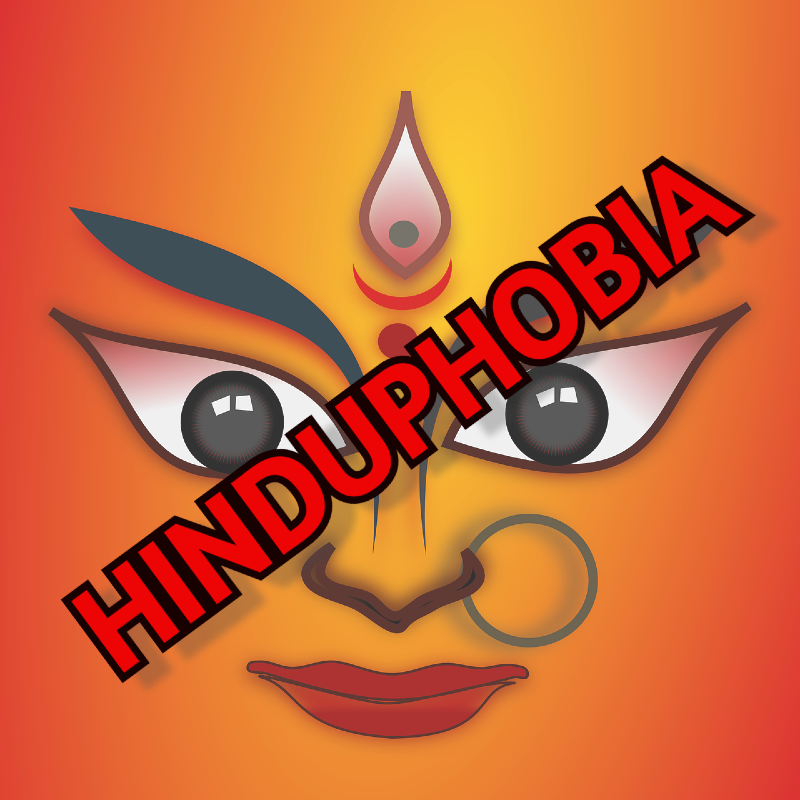 The irrational fear of, hostility or discrimination towards Hindus is known as Hindu phobia. Anti-Hindu Hatred should be legally labelled as a hate crime.

During the European Colonization of India, Western rulers and media demonized Hindus and Hinduism. Winston Churchill depicted as a hero expressed his hate by saying “Hindus were a foul race” and wanted to bomb them. He viciously snatched the farmer’s food during a famine, caused deaths due to massive starvation. The main source of Hindu phobia for Winston Churchill was a book by book by a Nazi-sympathizer, Beverly Nichols, who hated Hindus.

Thomas Babington Macaulay delivered a speech in the British House of Commons, 1843 that-"The great majority of the population of India consists of idolaters, blindly attached to doctrines and rites which … are in the highest degree pernicious. In no part of the world has a religion ever existed more unfavourable to the moral and intellectual health of our race." —

Complications arose when Western academician's research scriptures that average Hindus do not read. They dig out things like “Gita is a dishonest and perplexing book and it perpetrates caste hierarchies”. The universities and students including Indians are convinced with an academic analysis as books say so without realising the facts. One such example is the Chatur Varna system of the division is misunderstood and abused for their collective or individual or selfish reasons. This is exactly what happens in the Hindu society of India. The roles of gunas (sattvas, rajas and tamas) over human nature were forgotten or ignored and castes were tabooed.

Hindus matters in Britain is a platform where you can report incidents within the U.K if you have faced abuse, discrimination in the workplace or neighbourhood or labelled inappropriately.

Privacy of information will be maintained and the case will not get shared unless permission is given. Confidential private details are protected by the Data Protection Act.

Please go through this link and fill the form: